I’ve been living in the city for all my life. Since 2009 I’ve been living in really big cities, notably Melbourne and Paris. I always thought myself a city person, attracted by the hustle, bustle and energy of populated man-made zones where people are doing and achieving great things. I came to those places to experience and exercise that energy because I thought that was the only place one could succeed.

In 2011 I had a small 2½ month period living in a remote part of a jungle, far far far away from bars, clubs, bills, jobs, and other traps of civilisation (like “success”). The physical and mental space away from the over-complication of cities was hard to adjust to, and sadly by the time I felt I was starting to get used to it and then starting to really really appreciate it, I had to leave — sucked back into the world of bars, clubs, bills, jobs, and over-complication.

In 2013 I journeyed for the first time to Europe and got my first real taste of European living. I’m from New Zealand and travel costs so much and takes so long, so when I was young TV was our meagre means to travel and experience other cultures. Unfortunately, TV gets so formulaic and by rote that you end up with ill or half-formed, mostly stereotypical views of far away places (unless you’re watching Michael Palin’s travel documentaries). It’s embarrassing to admit, but I didn’t realise that Great Britain was the name given to the main island of England, Wales and Scotland, and that the United Kingdom was made up of a group of countries and islands around it — I thought they were just another way to say “England” (you know, like how “Dick” is a nickname for “Richard”).

On that first trip I visited a few places in the UK: London and Glastonbury in England, and Edinburgh in Scotland. I found out that London wasn’t really my scene, and the Glastonbury countryside would have been much more quiet and enjoyable outside of the festival season. But when staying with my friends in the countryside outside Edinburgh, I found I was particularly taken with the Scottish environment and vibes. The country living out there seemed more progressive than what I felt I had experienced in New Zealand and Australia, and the scenery (including the modern clean energy windmills) always gave me some awe. Crawling over ruined castles, rolling in fields of heather, and seeing undulating fields of barley and wondering if they were all going to be destined to be delicious bottles of whisky made me think “this is a pretty cool place”.

The years following I’ve managed to travel further up Scotland with Natalie. She’s shown me Inverness and the Highlands, and we’re looking forward to the day when we can visit some of the islands too. We’ve driven around the west coast of Wester Ross, rode horses around Loch Ness, walked through the Cairngorms National Park, and just recently with friend and talented Highlands-based photographer Steven Gallagher, drove through winding roads lined with the Five Sisters of Kintail. The colours and textures of the landscapes get me to my core and makes me really feel that the countryside of Scotland is my place.

When I said things like “the country living out there seemed more progressive” what I mean is that people living out in the country aren’t limited to small or quiet existences or achievements. While there is space — and maybe even some isolation — it doesn’t hinder the British people’s resolve to do great things. Two great British designers Natalie and I both enjoy, Hilary Grant and Kate Wilson from Oubas Knitwear, are designing and creating really striking high-quality knitwear from each their countryside places: Hilary Grant in Orkney, Scotland; and Kate Wilson in Cumbria, England. It gives Natalie and I both hope when we see people excelling at their craft and supporting their local industries from the quiet comforts of the beautiful British countryside life. 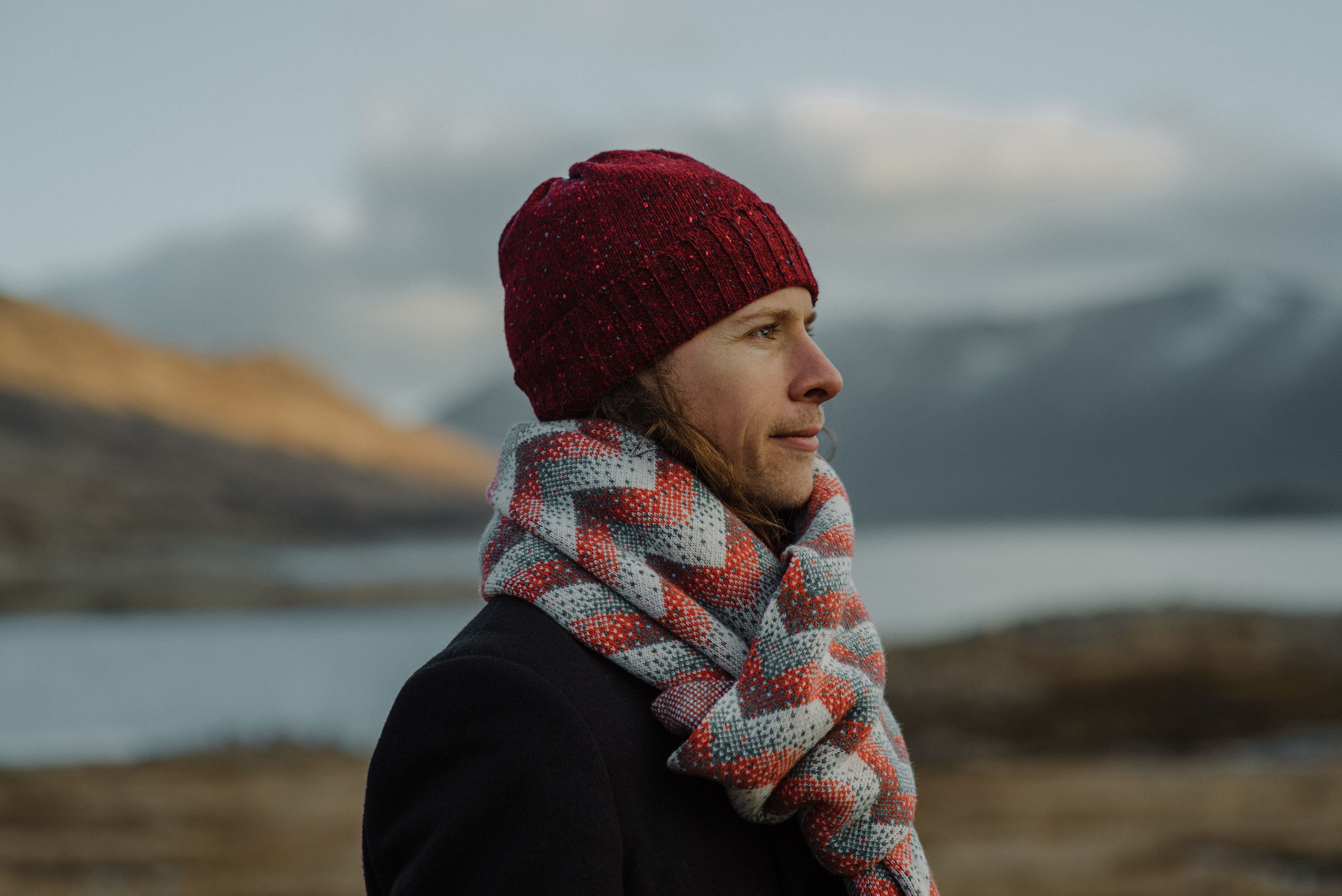 For Him, He Said, Hilary Grant, Kintail, Knit, Made in Britain, Made in England, Made in Scotland, Made in UK, Oubas Knitwear, Pattern, Scarf, Scotland, Shawl, Winter Accessories, Wool
Share Email Facebook Twitter Google+
Always Sunny In Paris
← Newer “… when you create art from the need to be loved, you do your best” Yokoo Gibraan
Older → In response to Matt's last post titled "Space is the Place" where he spoke about his great appreciation for Scotland...